The history of the Uniate Church, later Ukrainian Greek-Catholic Church, is a story of its establishment, persecution, destruction and revival. In 18th century the Kyiv Metropolitanate became the centre for the Uniate Church of all Ukraine. In the year 1749, it included 21 deans and 361 churches. The Radomyshyl’s dean possessed 43 churches. Therefore, the major pastoral priority of the Ukrainian Greek-Catholic Church has provided a path to personal enlightenment leading through spiritual and academic formation of the young generation. Considering this fact, in 1790 the Uniate spiritual seminary was founded in Radomyshyl (today Zhytomyr Region). Its creation affirmed the renovation of spiritual education in the region after the socio-political transformations of the 17th and 18th centuries. Consequently, it became an important spiritual and educational centre on the Right-bank Ukraine where new priests, who proclaimed God’s Word in the territory of central and eastern Ukraine, were educated.

At the beginning of the 18th century, Rich Pospolyta fell into decay because of social and political crisis, on the one hand, and the development of other competing countries, on the other. These things largely decreased the strength of the country. Neighbouring states took advantage of this fact. Actually, early in the 1770s (18th century), Ukraine was converted to Orthodoxy by means of Russian forces[1]. The Russian government conducted a brutal colonial campaign in Ukraine. Local authorities were instructed to break the resistance of the local people, especially the politically active. This first wave of resistance affected the educational sphere. Due to the strong resistance of the Uniate clergy, an opposition was created, which organized at the end of the 18th century in Kyiv region (Kyivshchyna) and Bratslav region (Bratslavshchyna) a powerful resistance movement against the russification of these territories.

Uniate bishops, realizing the complexity of the situation, announced their strategy of cultural and spiritual defense on the Right-Bank Ukraine. They aimed to establish educational institutions with graduates who could deal with the deep spiritual crisis in the region[2]. Therefore, Uniate bishops offered to develop their own system of theological education through opening spiritual seminaries. Bishop Petro Bilianskyi thought that seminaries should help to modernize primary education at the parochial level and intensify educational work in the region through the printing of books on religious and secular themes[3].

After the death of Metropolitan Lev Sheptytskyi (Yason Smohorzhevskyi succeed him) in 1780, an appropriate opportunity for the opening of the seminary appeared[4]. However, the time was unfavourable for such reforms and changes. The government of Catherine II actively promoted the process of conversion of the Uniates to Orthodoxy, which came into widespread use with cruel methods[5]. Despite the difficulties of persecution the Metropolitan see was finally transferred to Radomyshyl. The ancient city castle became the residence.

Metropolitan Yason Smohorzhevskyi made an attempt to gain victory over church heresies, particularly through the establishment of control over the spiritual formation of the clergy. It was the main responsibility of his life. Therefore, with Smohorzhevskyi’s assistance, the spiritual seminary was established in Radomyshyl. There are very few records about the seminary’s activities and these are during the period of the 1790s, when the seminary started to admit students.

In Lviv, over this period, rules that regulated the strategy of uniate clergy’s upbringing in Uniate spiritual seminaries were adopted. Probably, the students in Radomyshyl’s seminary were educated according to this manual. According to the rules a student: “… was obliged to keep himself and his belongings neat; never leave the seminary on any occasion; to pass exams every quarter in the presence of an official and a lecturer; to keep guard of activities harmful for education; to attend a Divine Liturgy and sing it every day; to confess monthly”.

After Poland’s third partition (in 1795) the Russian government liquidated the uniate metropolis and its residence in Radomyshyl. Different types of protest, in particular complaints written by the members of Uniate Church to the governor-general about their violent persecution by Russian military, did not yield any positive result. Uniate metropolitans, starting with Teodosii Rostotskyi and then Iraklii Lisovskyi, Hryhorii Kokhanovych, and Yosafat Bulhak, were transported to Petersburg. The Radomyshyl seminary was liquidated. The legal successor of the Radomyshyl metropolitan seminary was established on the Left-Bank Ukraine after more than two centuries.

The Three Holy Hierarchs Major Seminary was founded in Kyiv on June 3, 2010, according to the edict of His Beatitude Major Archbishop of Kyiv-Halych, Cardinal Liubomyr (Huzar). The three hierarchs are St. Basil the Great, St. Gregory the Theologian, and St. John Chrysostom.

“There is a need to have a seminary, because candidates [for priesthood] are admitted from eastern regions [of Ukraine], and there is a necessity for residence closer to their homes, closer to the environment, in which they will serve. Why does the Church encourage every Eparchy to have its own seminary? Hence, we will educate students who come from the community in which they will minister and this links prospective clergymen with the environment in which they will work. Otherwise, the Eparchy is a general society and will become accustomed to its future priests” – His Beatitude Major Archbishop of Kyiv-Halych, Cardinal Liubomyr (Huzar) describing the importance of the seminary’s existence.

The resolution to establish an educational institution in Kyiv was passed on May 27, 2010 in Kyiv-Kniazhychi. It was the result of a joint meeting of His Beatitude Major Archbishop of Kyiv-Halych, Cardinal Liubomyr (Huzar) with the future cofounders: Exarch of Donetsk and Kharkiv Stepan (Men'ók), Exarch of Odesa and Crimea Vasyl (Ivasiúk), Exarch of Lutsk Yosafat (Hovera), Auxiliary Bishop of Kyiv Yosyf (Milian) and Secretary of Synod of Bishops Bishop Bohdan (Dziurakh). On September 19, 2010 His Beatitude Cardinal Liubomyr (Huzar) ceremoniously sanctified the residence of the Kyiv Three Holy Hierarchs Spiritual Seminary. There were 13 candidates admitted at first.

The training of clergymen for north-central, eastern and southern territories of Ukraine has become the mission of the seminary. His Beatitude Major Archbishop of Kyiv Sviatoslav (Shevchuk), Primate of the Ukrainian Greek Catholic Church, is responsible for the seminary and takes care of it.

Since that time, the seminary community has overcome a number of difficulties. The reconstruction of the seminary’s premises started in 2010. The reason for this was not only the necessity of creating accommodation for incoming students, but also to provide the seminary with rooms for studying and with a chapel, which was placed in the largest room of the building. On June 13, 2015 His Beatitude Sviatoslav (Shevchuk) together with the Most Reverend Metropolitan of Ivano-Frankivsk Volodymyr (Viityshyn) and Auxiliary Bishop of Kyiv Yosyf (Milian) consecrated the cornerstone of the seminary’s church.

“The church – is the heart of the seminary; the most important auditorium, where through relations with God, it is possible to get to know Him. And the church, consecrated to the Holy Trinity, has to be a place, where everyone, who prays and has relations with persons of the Holy Trinity, will become a true theologian”, – His Beatitude Patriarch Sviatoslav (Shevchuk).

Since its foundation, many students have been educated. Now there are 16 alumni. Some of them continue their education abroad and others do pastoral work in central, eastern and southern Ukraine.

“The Kyiv Three Holy Hierarchs Spiritual Seminary has become a major symbol of our Kyiv Archeparchy and even of our whole Church outside Halychyna. This seminary is a seed of the Kingdom of Heaven.It is still much younger than the other Ukrainian Greek Catholic seminaries. It has existed for only three years. The task of this seminary is to educate and to mold sacrificial and zealous future pastors for the territories of the Kyiv Archeparchy and the exarchates of Donetsk-Kharkiv, Odesa-Crimean and Lutsk.”, – His Beatitude Patriarch Sviatoslav (Shevchuk).

Distinction, cognition and development are the pillars of life and learning in the seminary. Disciples look for answers to questions of theological and ideological nature, which appear in the learning process. They are preparing for the priesthood according to the UGCC requirements through spiritual formation, theological education and pastoral practice. 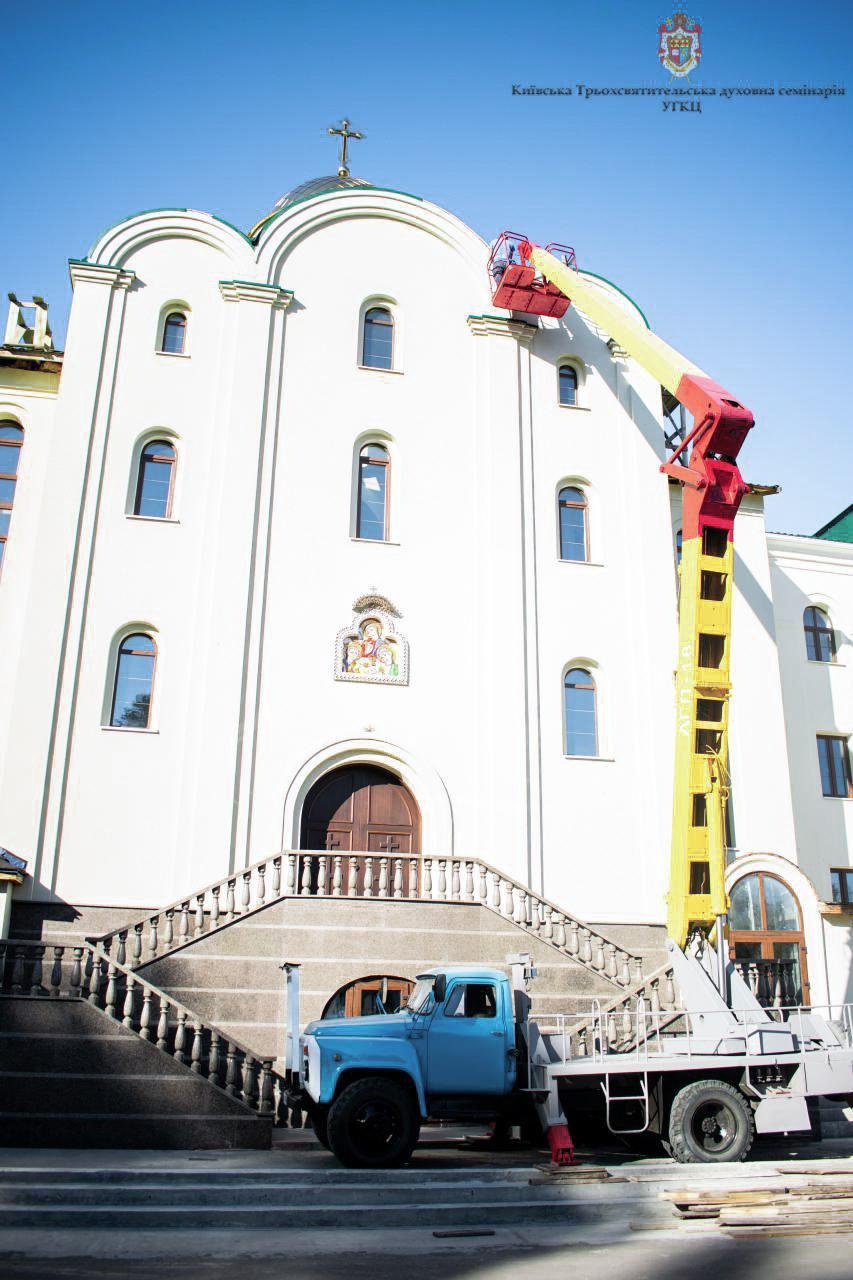 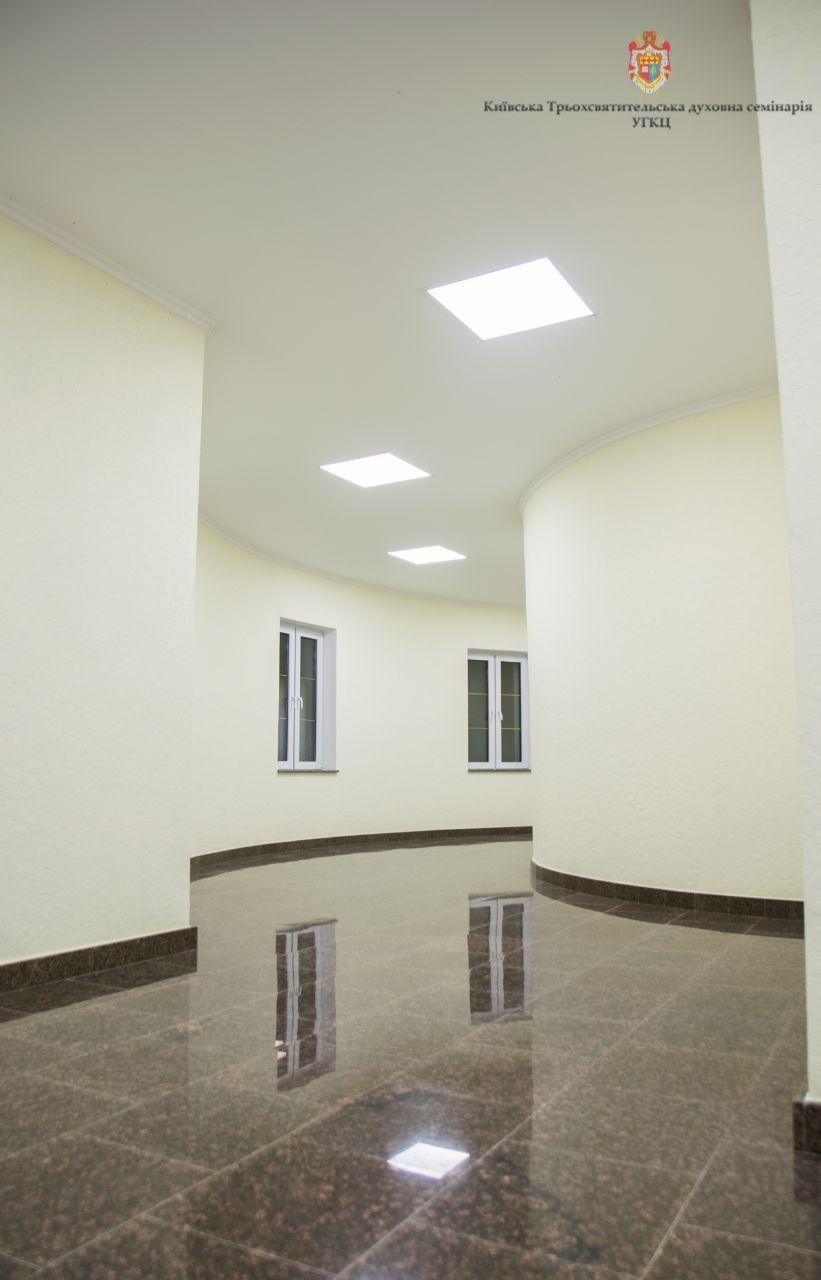 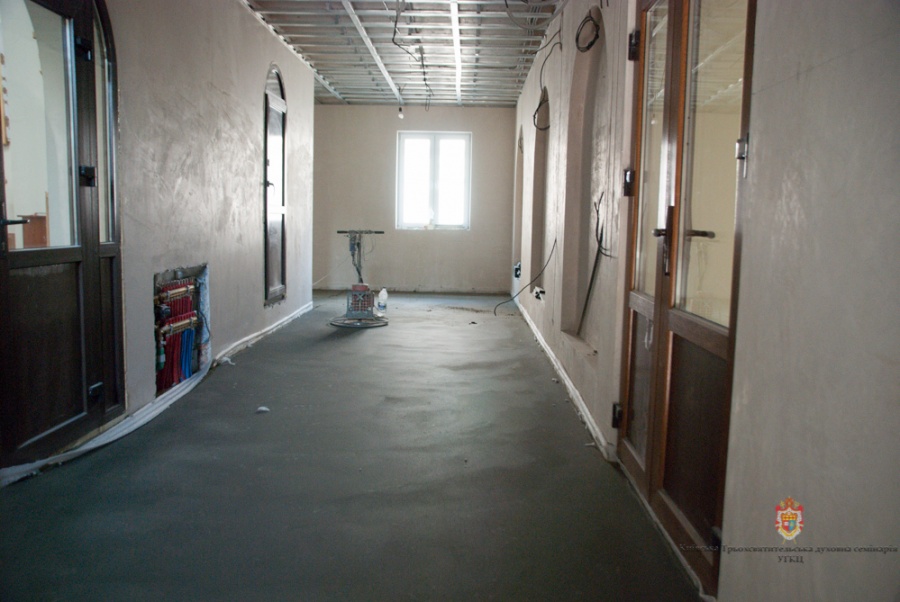 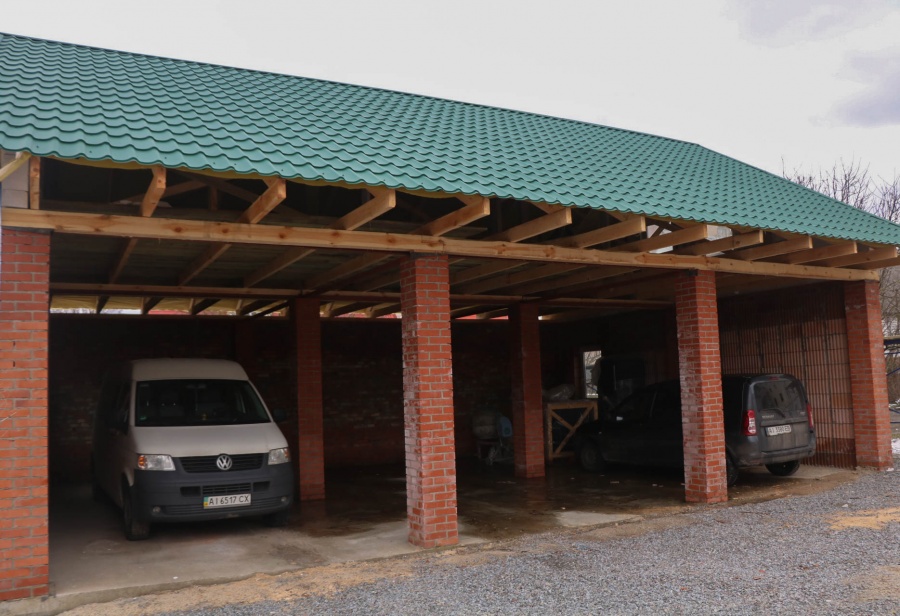 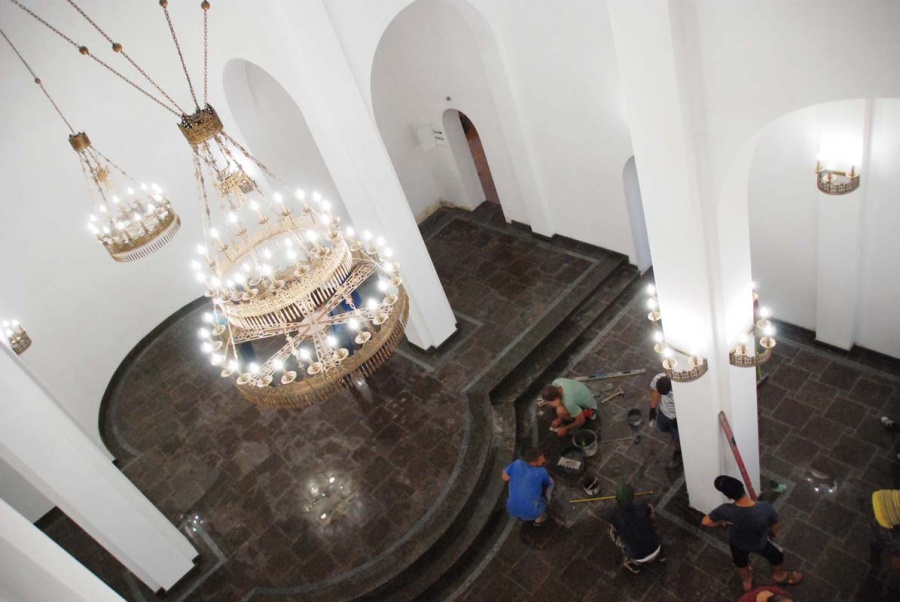 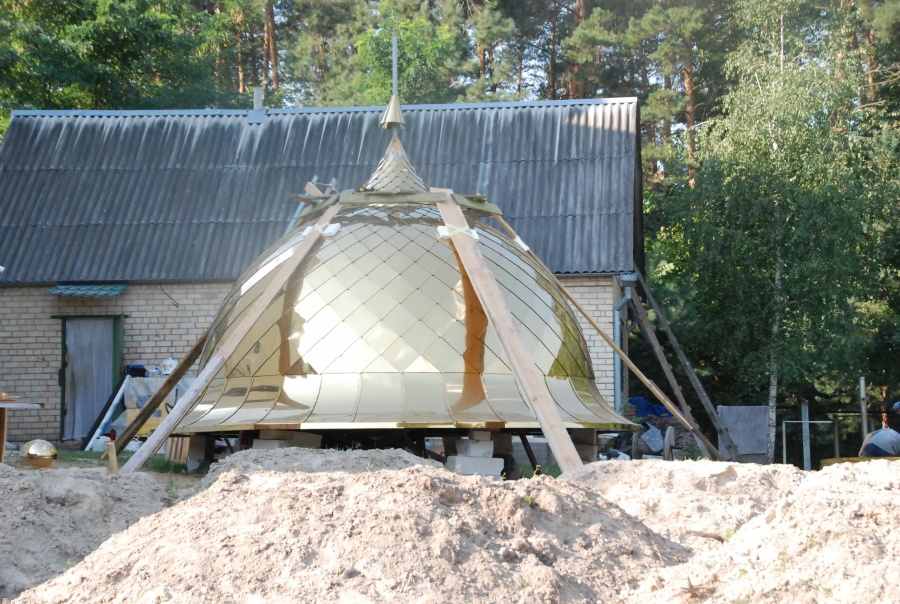 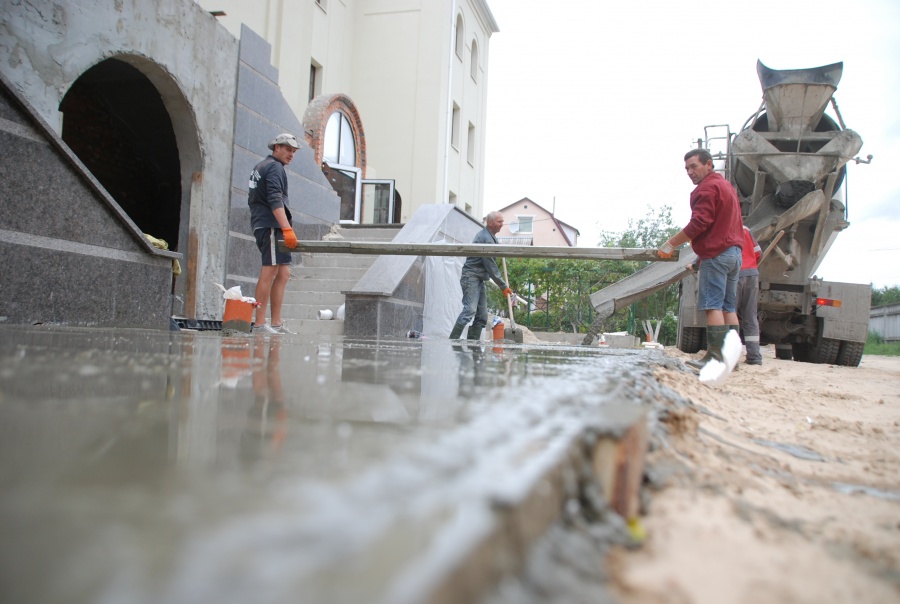 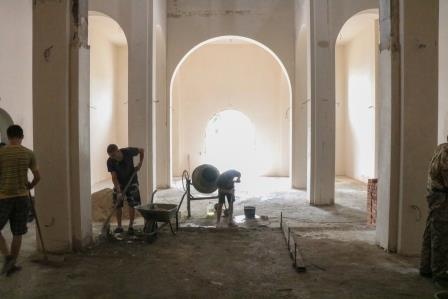 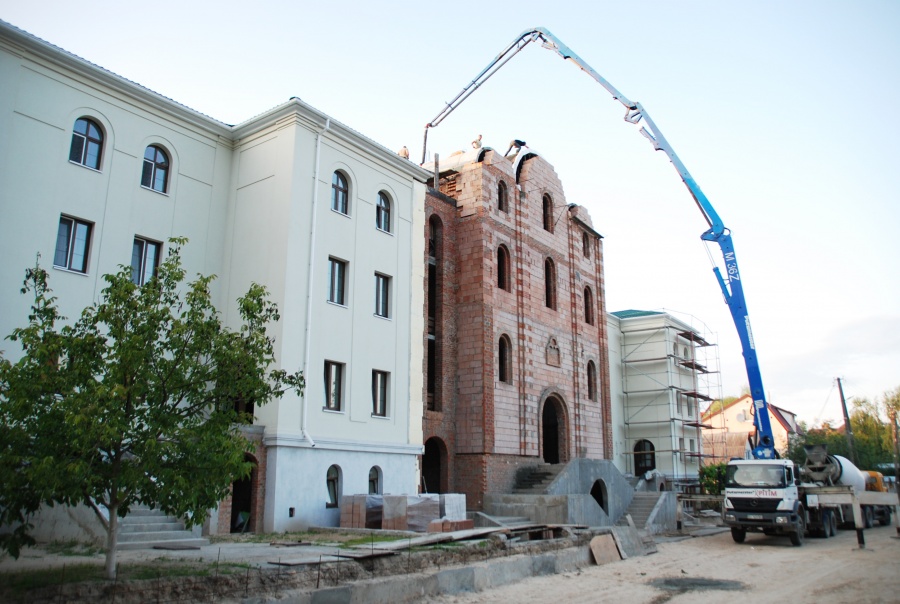 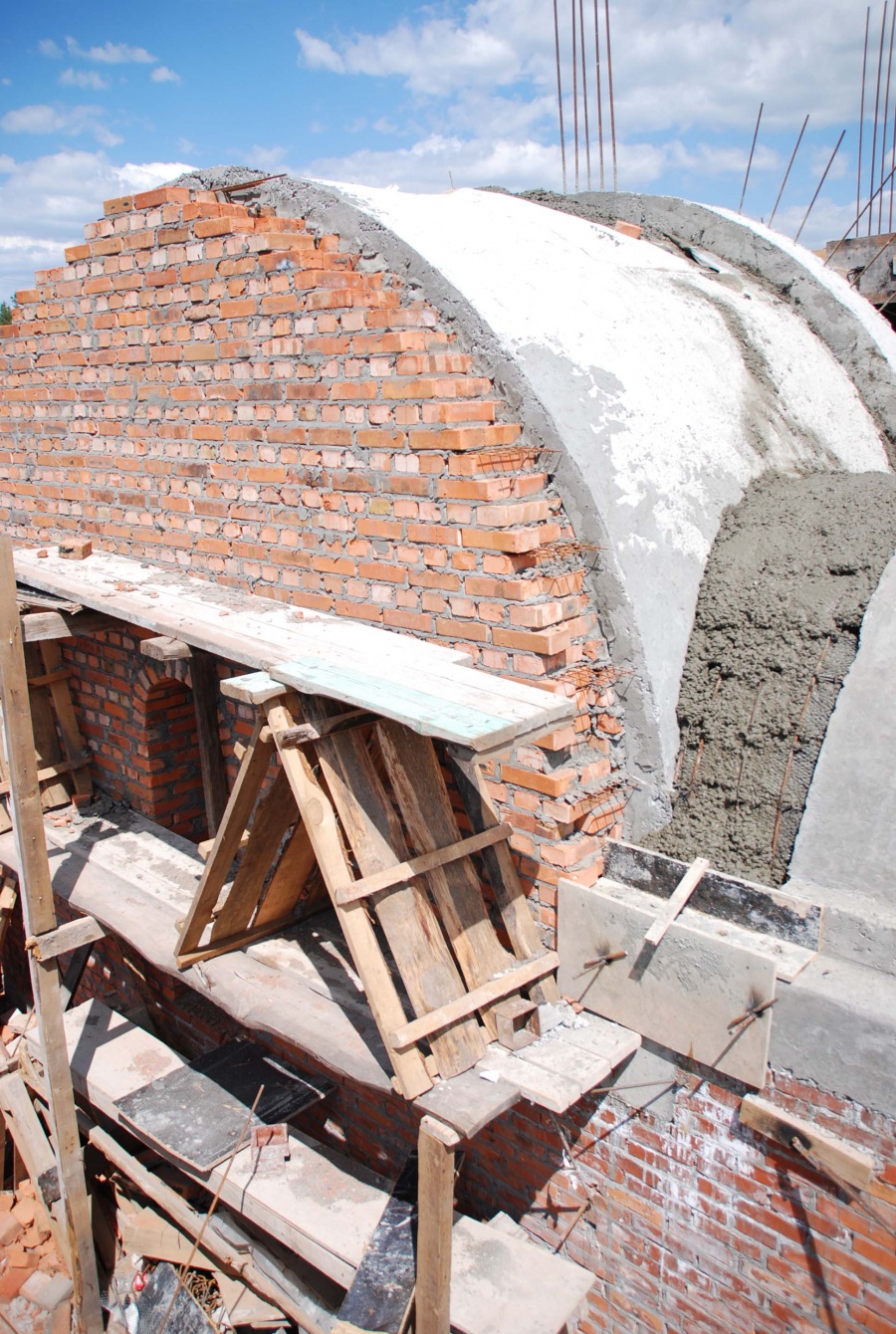 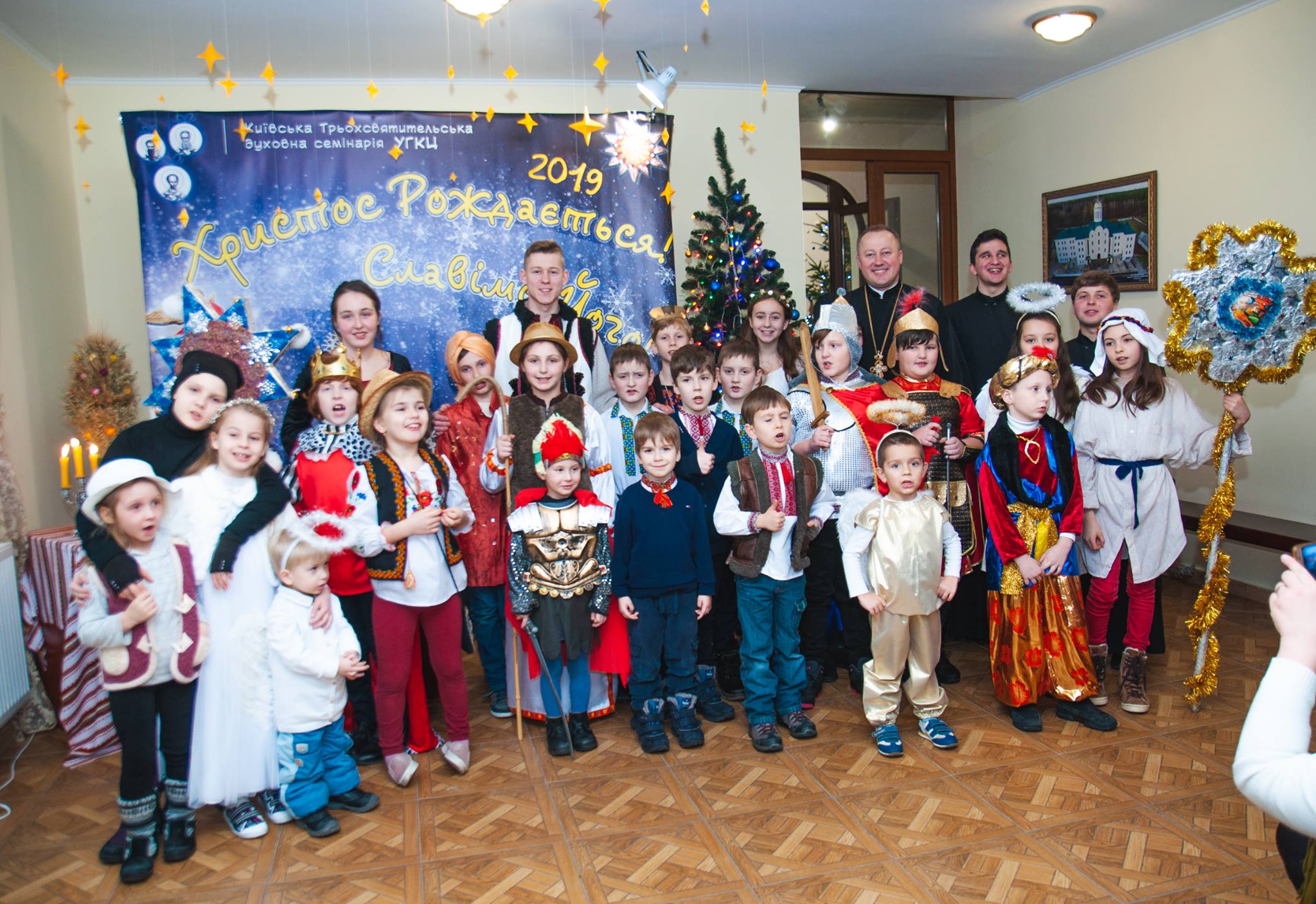